BUY THE DEBUT RECORD FROM XTUL (which is nothing to do with Jon, honest) 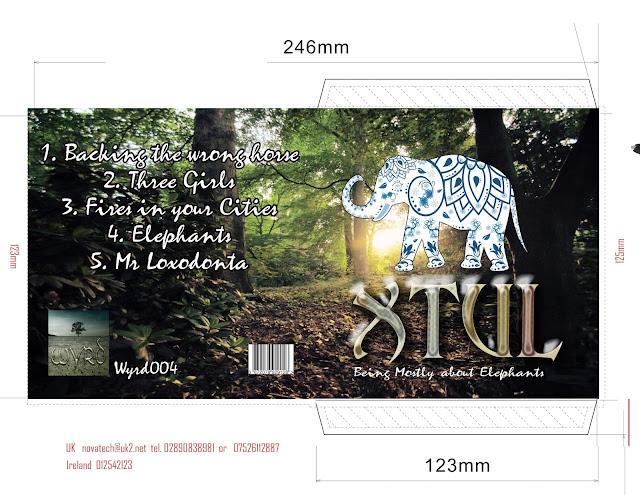 As many of you will know, the team behind the Centre for Fortean Zoology and Gonzo Weekly Magazine are also responsible for various other projects. These include a non-profit community record company called Wyrd, which specialises in putting out limited editions of peculiar little records that nobody else would be likely to touch with a metaphorical barge pole. And here we have news of the latest release!

After years of rumours, Xtul are finally releasing their first hardcopy EP. It is pretty much what you would expect from a band consisting of peculiar mutants, who live in a redoubt deep in the dank woodlands of North Cornwall. In The Lion, The Witch and the Wardrobe, C.S. Lewis said that one should never trust something that used to be human, but isn’t now.

As Xtul consists of a man in a wheelchair with the head of an elephant, a little girl with goat’s legs and the statuesque woman with the face of a skull, (and most definitely does NOT include Jon Downes, although he will admit to having produced it and having played guitar on a couple of tracks) you probably shouldn’t trust this lot. The five track record tells a narrative story which explains how the elephant man and the goat girl came to be, and the story is told in a genre mashing mixture of hiphop, folk, prog and avant-something or other, with a smattering of musique concrète.

But you can find out more about them! All you have to do is read this book:


Check it out on Amazon.co.uk

And you can buy this remarkable 5 track record, which has a running time of just over half an hour, from those jolly nice people at Wyrd, utilising the Paypal button below. Do not worry about currency conversion. Although, the payment is in GBP, Paypal will do any conversion necessary for you. Gosh, isn’t the 21st century wonderful?